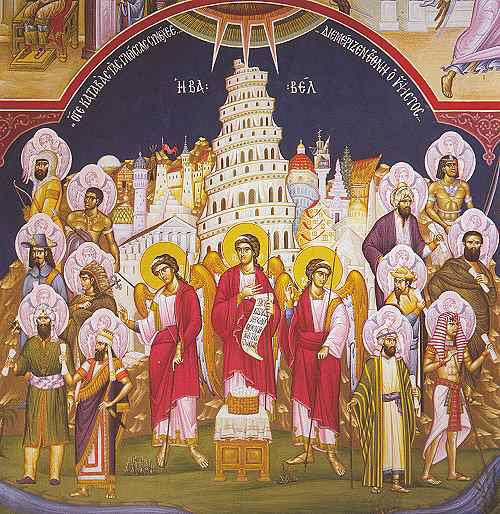 Of language diversity in the United States Saul Bellow once quipped, “A melting pot, yes. A tower of Babel, no.”  The Nobel Laureate’s comment, indicative of American norms, undermines the meaning of the parable he invokes. Where human institutions (in line with Bellow’s axiom) consolidate and unify, the biblical God imposes diversity. Where powerful nations go beyond lingua franca to demand una lingua, in Genesis, the Lord deliberately confounds human speech. Proponents of institution sometimes assert that multilingualism in Genesis is a negative outcome, but this assumption falls out of step with the story’s plot.  In Genesis, God’s victory at the Tower of Babel is part of a larger war against the strategic agendas of human empire.  This week, Richard and Fr. Marc reflect on the Tower of Babel in Genesis and its implications for multilingualism in North America.

Many Americans see multiple languages in our country as a threat. As I presented in my last post the US has suppressed other languages since its inception until today. We always see foreigners as a threat, but if they at least speak English, then they have assimilated to an acceptable degree. Oddly, the rallying cry of the “English only” crowd is, “Let us not become another Tower of Babel.” (For example, Pat Buchanan says so here, and one of the authors of this article does the same here.) This implies that a lack of official language leads to chaos and the inability to work towards a common goal.